Originally released in 2017 for PC, Redeemer had its mind in the right place but had a few hiccups when it came to certain aspects of the game. Fast forward to 2019, where Sobaka Studio tightened all the loose screws and put some polish on the game so that it can try and find new life on PC and now on consoles.

Redeemer Enhanced Edition is about a monk named Vasily. In his former life, he loved the heat of battle and crushing his enemies. He wanted to escape the rush of battle and war so he became a monk. Just when he is starting to ease his mind and soul, trouble found him and his ministry. It is up to Vasily to protect his fellow monks from the danger that his past has brought to his new life.

Redeemer has two different game choices for you. The first (and meatier) choice is the Campaign. 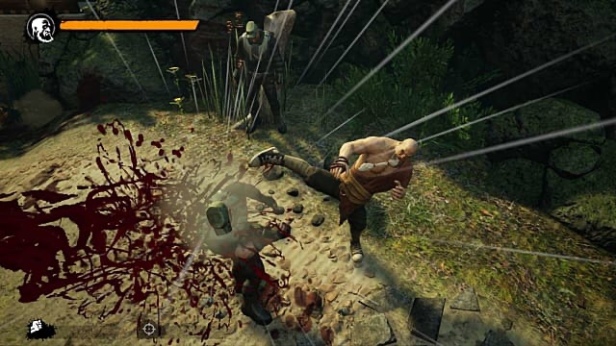 The campaign consists of 16 chapters, along with 3 boss battles that are thrown in every quarter of the way. Each chapter is pretty short and could take you up to 10 minutes to get through.

As you move through the halls of the ministry, you will run into some trouble. This is where the combat kicks in. Vasily is a simple man and only needs a few moves to defeat his enemies. He is able to punch, kick, dodge, throw objects and pick up weapons.

Some examples include different styles of guns, a shovel, spears and so on. Once you get some punches in and you see a skull above your enemies head, you can perform a finishing move. 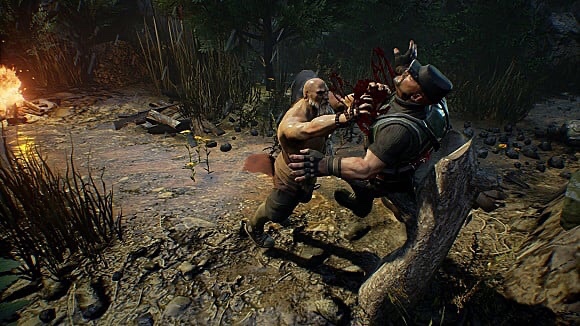 I primarily used the punch, kick and dodge combos to take down my enemies but when I did use a gun, it doesn’t have a lot of ammo so it gets useless pretty quick. The gun also doesn’t do that much damage. You can put 6 bullets into an enemy and still have to kick him around a little bit before he finally dies.

While the game’s controls are simple, you are able to upgrade some of Vasily’s abilities. You can give his punch some extra power. Transform a regular kick into an awesome roundhouse kick, and various health boosts once you kill an enemy. The upgrades really do help as you get deeper into the game where the difficulty gets kicked up a notch or two.

For this review, I primarily played Redeemer on my Switch while it was docked. I am a victim of the infamous joy-con drift so playing on my TV with the pro controller seemed to be the best option for me. While it was docked, it looked pretty good. You have a birds-eye view of Vasily during the game and while there were some drops in the frame rate, it wasn’t enough to put a damper on my gameplay.

While the campaign is where the bulk of my time went while playing Redeemer, I did spend a little bit of time in the Arena mode just to check it out.

Arena mode is basically just a horde mode. You can choose from different locations you saw during the campaign and just defeat several waves of enemies.

This is where it got a little bit repetitive for me. I’ve never been a big fan of horde modes in any game that I’ve played so this Arena mode didn’t really do much for me.

I feel as if it is just that throw in mode just to add more gameplay choices. I’d much rather just play through the campaign again. 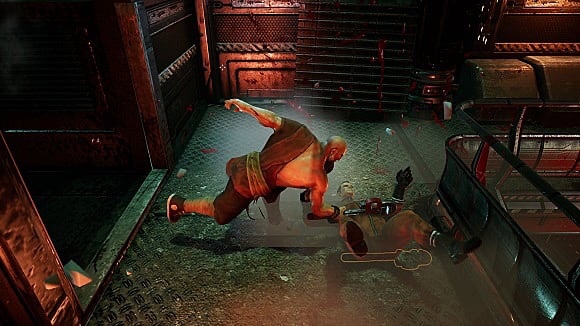 Redeemer has its moments. The campaign, while short, is a good time. The story was somewhat interesting but it never really grabbed me and made me feel invested in Vasily or the monks that were being killed.

The gameplay did get repetitive but using the variety of weapons available did make it a little more interesting. The increase in difficulty as the game went on also helped me get over the repetitiveness.

The Arena mode is just a bonus game. I don’t know what other alternatives there could’ve been to this mode but horde modes just don’t do it for me. If you do enjoy killing waves of enemies, then you will definitely enjoy Arena.